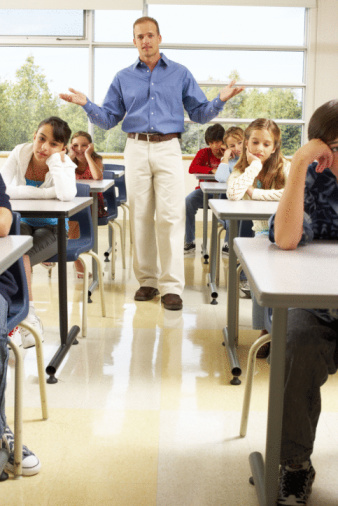 The Panorama program “Can I sack teacher?”(broadcast on BBC on July 5, 2010) made a big play out of the fact that only a handful of teachers have been struck off for incompetence. Doctors and lawyers are generally struck off for negligence, not lack of competence, because proving that someone did something wrong is easier than proving that someone is not good enough. You have to prove that someone does not have the capacity to improve, and that takes time, which is why some teachers jump before they are pushed, and so the whole process begins again.

In an attempt to ‘big up’ a weak story, the program then tried to show that this was a national crisis. Simon Burgess—a first rate economist at the University of Bristol—pointed out that the difference between having a terrible teacher (bottom 5%) and a great one (top 5%) can be as much as one GCSE grade (these estimates for the effects of teacher quality are consistent with other estimates from other countries).

The program presenter then went on to claim that replacing terrible teachers with average teachers would have a significant effect across the country. Well, no. It would increase, by half a grade, the GCSE grades of the 5% of kids who have a terrible teacher, but would make little or no difference in the scores of the other 95% of students. Getting half a grade more for 5% of students would, across the country, improve the average GCSE grades by just one-fortieth of a grade. The effect would be so small as to be undetectable.

More importantly, focusing on an alleged number of incompetent teachers, whether it’s 15,000 as Chris Woodhead claimed, or some other number, creates the impression that the rest are all the same, and they’re not. As far as we can tell, there’s a smooth gradient of teacher quality. Sure, some teachers are pretty ineffective, and some of these don’t seem to be able to improve, and have no place in the profession.

But pretending that the problem is a small number of incompetent teachers is dangerous, because it deflects attention away from the real priority, which is helping every teacher improve. Recent research from the US shows that having good teachers in a school improves the performance of the teachers around them. Let’s focus on the idea that each teacher can and should improve their practice for their entire career, and provide the most supportive environment for doing that.