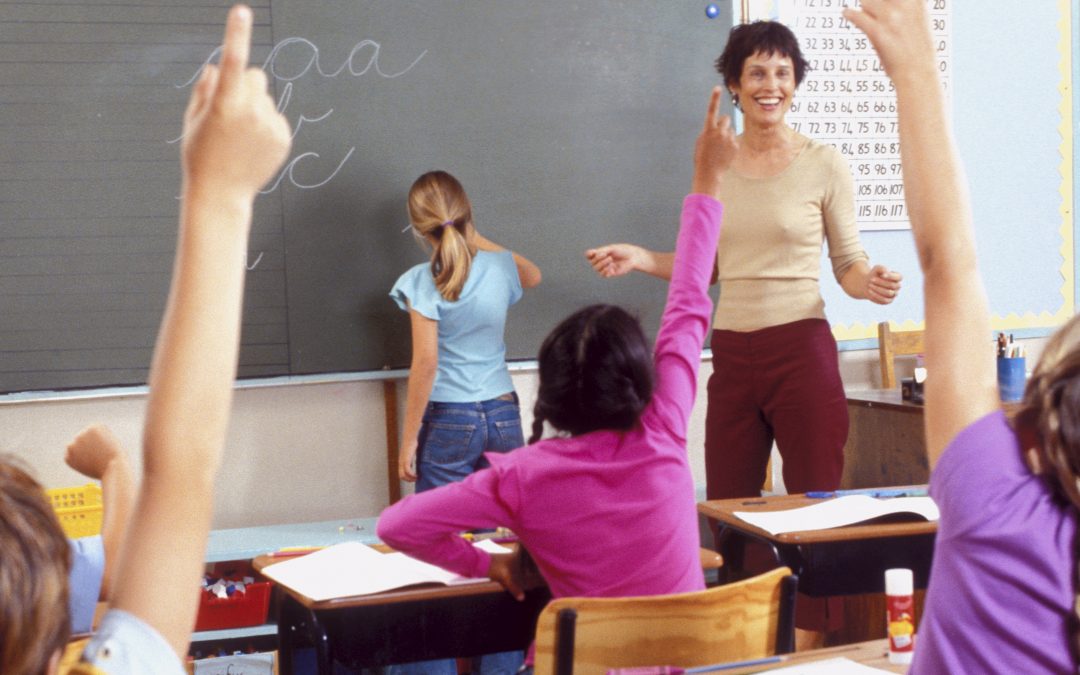 Click here to read the original article in SEEN Magazine.

Currently, according to the results of the latest round of international tests, over half a million American students leave school each year without the literacy they need to participate effectively in society, and more than 700,000 lack the math skills to make even the most basic financial decisions.

Moreover, as employers increase their use of technology, workers need higher levels of education. From 2000 to 2015, nearly half the manufacturing jobs that did not require a high school diploma had disappeared, while the number of manufacturing jobs that required a master’s degree rose by a third. We are, in the words of Nobel Prize-winning economist Jan Tinbergen, engaged in a race between education and technology.

Predictably, there is no shortage of solutions being offered to address this challenge, but unfortunately, most of the ideas currently pursued in the United States will have little if any impact on student achievement.

Why vouchers and charter schools won’t do much, if anything the federal and state level, many reformers have argued for expanding school choice through educational vouchers or the creation of charter schools. However, this approach is neither workable nor effective for the following reasons:

More importantly, even if charter schools expand at the current rate, adding approximately 250,000 places each year, and even if these new charter schools are as good as today’s top charter schools, the net effect across the U.S. will be an extra three weeks learning by 2058.

Other reformers have pointed out that the most effective teachers are three or four times as productive as the least effective—and several policies have sought to improve the quality of our teachers through a variety of mechanisms. One study looked at what would happen in Florida if every teacher in the lowest performing 25 percent over a two-year period was replaced with an average teacher. The average effect would only be an extra three days of learning per year.

Some have argued that we should focus on the other end of the scale and pay the most effective teachers more, but here too, the evidence is disappointing. Most studies of differentiated compensation have either been abandoned before completion or have found little or no impact on student achievement. Those that have measurably increased student achievement, such as the IMPACT scheme in the District of Columbia, are far too expensive for most districts to emulate.

Several states, such as Florida, have sought to improve student achievement through class-size reduction programs. While such programs can be effective, they are expensive to implement, and often have unintended consequences. When a school hires additional teachers who are as good as those already in the schools, class size reduction programs can be effective. However, in less-affluent districts that are challenged with teacher recruitment and retention, then class-size reduction can actually lower student achievement. .

Nevertheless, even where good teachers are in plentiful supply, class-size reduction is rarely a sensible policy, not because it doesn’t work, but because schools can do better things with the money, and too often, this is not taken into account in choosing potential ways of improving.

Making Decisions Based on Achievement-ROI

In education, policymakers often talk about doing “what works,” but this is the wrong question. Instead, we should be asking how much additional achievement we will get, how much it will cost, and whether an initiative can be successfully implemented.

When we do this, we find that many reforms currently being pursued, such as grit, growth mindset, social and emotional learning, personalized learning, and educational neuroscience, are likely to have small benefits. In some cases, this does not matter too much. For instance, growth mindset interventions may have only a small impact on student achievement, but since they do not take much time, they may be worthwhile.

However, when we look at the cost-benefit trade-off and the feasibility of implementation, there are two initiatives that are clearly more cost-effective: increasing teacher skill and building a school curriculum on a foundation of knowledge, rather than skills.

The question of whether good teachers are born or made is as old as education itself, and for many years, the evidence—such as it was—pointed to teacher talent as being more important than training or experience. Right now, a good teacher is more effective in her first year than an average teacher will be after twenty years in the classroom. Most teachers improve rapidly in their first few years in the classroom, but after that, improvement slows or stops entirely.

This doesn’t mean that teachers cannot improve more than they are now. As the work of K. Anders Ericsson shows, elite levels of performance are much more a matter of practice than talent in most fields of human endeavor. Talented individuals have a head start to be sure, but after a year or two, what matters more is how hard they are working at getting better. And in most fields, ten years of focused, disciplined effort—what Ericsson calls “deliberate practice”—makes individuals as good as the very best.

I often ask principals how good their school would be if they could fill every teaching job in the building with their choice of any teacher in the county, and most conclude they would have an exceptional school. In response, I point out that they can have that school, in ten years’ time, if they build it themselves.

What this requires, then, is that every teacher accepts two things:

The other thing that schools need to focus on is putting knowledge back into the curriculum. In recent years, teachers have been focusing more on teaching students skills, rather than content. The logic is attractive. If we just teach our students to think critically, then they can use such skills wherever such skills are needed. Similar arguments are made for collaboration, communication, creativity and problem-solving, often grouped together as “21st-Century skills” (an odd name when you think about it, because these capabilities were pretty useful in the 17th Century).

However, the more important point is that these “skills” aren’t really skills at all, but collections of skills that bear superficial similarities. If you ask historians and mathematicians what they mean by “critical thinking,” they are likely to say very similar things. This leads many people to conclude that “critical thinking” is a skill, but it isn’t. Critical thinking is different in every subject. We know this because no amount of training students to think critically in history has any impact on their ability to think critically in mathematics. As E.D. Hirsch Jr. pointed out, “Skill is content and content is skill.”

In reading instruction, we get our students to practice “getting the main idea of a paragraph” as if it were a generalizable skill, but it isn’t. Once you can decode—turn letters into sounds—what matters is how much you know about the subject in the text.

In science, we get our students to complete investigations in the laboratory, so they can find things out for themselves. While understanding how science produces knowledge is important, the most important goal of science instruction is to equip students with the knowledge that science has produced. Students do better in science when we stop trying to teach thinking skills and give them more powerful ideas to think with. As Australian psychologist John Sweller says, “Novices need to use thinking skills. Experts use knowledge.”

The two changes I have described above will cost no more than what we are doing now. Although nearly all states require teachers to undertake professional development, it’s often delivered as a poorly focused process of knowledge acquisition. We need to treat teacher professional development as a process of habit change, helping teachers increase student engagement in their classrooms, and responding in a more agile way to their needs.

We also need to think of our curricula as devices for building knowledge in our students. Many contemporary writers suggest that textbooks are somehow old hat, and that what we really need to do is to find ways of helping teachers, schools, and districts to share learning materials online. The problem is that a collection of learning materials is no more a curriculum than a pile of bricks is a house. What our students need are carefully organized, sequential, structured introductions to school subjects—in other words, textbooks.

With every teacher committing to continuous, career-long professional development focused on classroom practice, and a curriculum that is designed to build knowledge in our students, we really can create the schools our children need.